Despite the macro-economic downturn, the virtual real estate market in the metaverse experienced significant growth, maturity, and evolution in 2022. 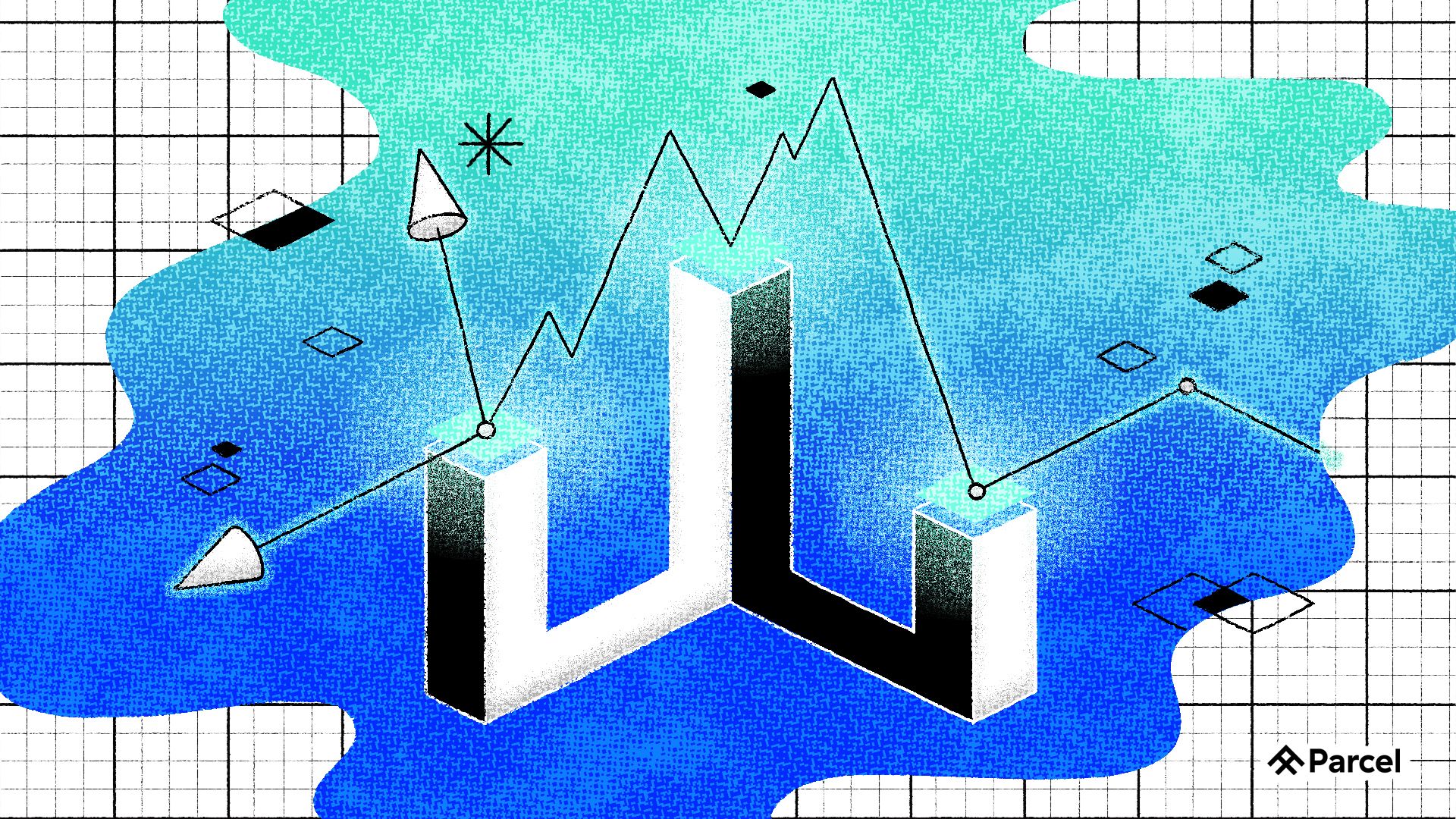 As we close out 2022, there can be no debating that the virtual land market in the metaverse has experienced significant growth and evolution.

The increasing interest in and adoption of virtual reality technologies has led to a boom in the development of virtual worlds, and with that, a surge in demand for virtual land. In this year-end report, we will take a closer look at the state of the virtual land market, including key trends and developments, notable sales and acquisitions, and the outlook for the future.

The first quarter of 2022 experienced a pullback in sales volume (-30%) after an all-time high Q4 in 2021. New virtual worlds emerged in 2022, and many sold virtual land as a fundraising mechanism, thus increasing the sales volume and overall market cap of the virtual real estate market. This was particularly true in Q2, when the market cap of virtual real estate tripled thanks to the primary sales of new virtual worlds such as Otherside, Illuvium, and Arcade Land. Most notably, the primary land sale for Otherside was the largest NFT mint in history by several multiples, with one parcel of Otherside land selling for a record-breaking 333 ETH (~$1M at the time of sale).

Land prices were hit hard at the end of Q2 and into Q3, as the price of Ethereum plummeted in correlation to the broader sell-off in equity and
other global markets. On a USD basis, land prices decreased around 80% in Q3. Both sales volume and average price among existing virtual land continued to decrease into the end of 2022. This decline is correlated to the broader crypto and NFT market.

Throughout the course of this downturn, metaverse-related NFTs such as virtual land have held up particularly well compared to other NFT categories (on a relative ETH basis). Furthermore, land parcels with particularly rare attributes tend to retain more value relative to basic land within the same world. Should the price of ETH continue to fall, expect virtual land prices to decline in tandem, in USD terms.

In 2022, the total market cap of virtual real estate ranged between its all-time peak of $1.6B in Q2, to a low of $1B in Q4. The following table displays the top 25 virtual worlds by land market capitalization as of December 31, 2022. Market capitalization is defined as the total circulating supply of land parcels, multiplied by the average sale price per parcel over the last 30 days.

Decentraland, The Sandbox, and Otherside stand out as the only worlds with a land market cap consistently exceeding $100M throughout the year.

This report covers the following five worlds highlighted below, which represent 90% of the total market cap of virtual real estate.

To see land sale metrics for worlds not included in this report, we recommend the following public Dune dashboard: Metaverse Land Community.

The total sales volume of virtual land in 2022 was $1.4B, an increase of 180% year-over-year. That said, Q4 2022 represented the lowest sales volume since Q1 2021. The bulk of the 2022 volume came in Q2 from the minting and secondary sales of Otherside land. Otherside reached $900M in cumulative volume (primary & secondary sales) in less than 90 days from the initial mint.

Parcel Prediction: Expect sales volume for individual worlds to remain low while the bear market continues; however, as new worlds launch and issue land, the overall size of the metaverse market will continue to grow.

The chart below compares the secondary sales [1] volume for Decentraland, The Sandbox, Somnium Space, and NFT Worlds by month during 2022.

Otherside land began minting in early May and immediately impacted the entire NFT market. Its primary sale was the largest of all time, generating an astonishing $317M. Since then, Otherside land has continued to generate over $600M in secondary sales. The chart below is the same as above, but now with Otherside included.

The following chart shows the cumulative secondary sales volume of each of these worlds over 2022.

As we have seen over the last two years, at a macro level, metaverse land behaves as a leveraged asset class (crypto x metaverse adoption) that
sees extreme performance to both the upside and the downside of the broader crypto industry. This relationship is exhibited in the following chart using Parcel’s Virtual Real Estate Price Index (VREI) [2].

This year, the VREI reached a new all-time high in February, surpassing the previous level set in November 2021. However, prices of cryptocurrencies and digital assets (like NFTs) have declined significantly this year, alongside the broader selloff in US equities and other global markets.

Virtual land, like other NFTs, is typically priced in Ethereum (ETH). Therefore, the price change in USD-terms—particularly during downturns such as the current one—becomes especially negative. There is a compounding effect of declining ETH prices, as well as investor capitulation in what is a relatively illiquid market.

The following chart compares the year-to-date (YTD) performance of the VREI to two other NFT indices: the Bluechip-10 and NFT-500. These indices are created by Nansen and represent four different NFT categories: Art, Social, Game, and Metaverse. The Bluechip-10 index represents collections like Bored & Mutant Ape Yacht Club, CryptoPunks, CloneX, and Azuki; while the NFT-500 represents the top 500 NFT collections weighted by market cap.

While nearly all NFTs have experienced significant price declines YTD, it is useful to compare relative performance on an ETH basis. The VREI has outperformed the NFT-500 and performed nearly as well as the Bluechip-10 index.

Land prices in 2022 peaked for most virtual worlds in Q1. The following charts compare the average price per land parcel by world throughout 2022. Prices are denominated in ETH as opposed to USD.

This chart compares the relative performance of land since the beginning of the year.

Decentraland was the best performer in 2022 in terms of price, returning -4%, followed by Otherside, The Sandbox, NFT Worlds, and Somnium Space.

It's worth noting that, in July, Microsoft announced that Minecraft would block the use of NFTs and blockchain technology on its servers. As a result, the NFT Worlds team started building MetaFab, open infrastructure for games to integrate blockchain components, upon which NFT Worlds would be rebuilt. That being said, NFT Worlds cannot yet be written off.

Land ownership metrics are important to understand how dispersed the total supply of land is within a world. It is also a decent proxy for user adoption.

The following chart shows the total number of unique wallets that hold virtual land in each world. This began with Decentraland’s initial land sale in 2018 and continues to present day. Note that a wallet may hold land from multiple worlds, so there may be double counting if considering the total number of wallets in aggregate across all worlds.

Otherside has the largest number of holders and a relatively high unique holder ratio. This indicates that land ownership is more dispersed and less concentrated relative to the other worlds such as Decentraland.

It’s worth noting that the latter half of 2022 marked the first time there have been fewer buyers than sellers in the virtual real estate market. This is an indication of ownership consolidation.

Hold time is the length of time between when a parcel of land is bought and sold. There is no limit to how many times a plot of land may be resold.

Short-term land holders are typically speculative investors looking to flip the land for a profit, whereas long-term holders are more likely to have an incentive to build on their land and/or contribute to the ecosystem of the world.

The following charts show how each world compares in terms of short- and long-term holders.

The most extreme long-term holders are those that have never sold their land (“HODLers”). The Sandbox has the highest percentage of buy-only transactions (54%), closely followed by Somnium Space (50%). This is even more impressive considering these are also the two oldest virtual worlds in this analysis.

The three largest sales of 2022 were all Otherside plots of land that included the Koda trait. Decentraland had the second-highest sales, followed by The Sandbox.

In addition to Otherside, there were a number of other notable primary land sales to highlight this year. Both Illuvium and Arcade Land are game-type virtual worlds that have been highly anticipated.

Arcade Land aims to be an interoperable virtual world for NFT communities, where you can socialize, create, own, play, and live your life as your NFT avatar. The primary sale for Arcade Land took place on April 1 and sold out within two minutes. 10,000 parcels of land sold, generating over $15 million (USD).

The following table summarizes a handful of other notable worlds that launched in 2022.

The open metaverse allows anyone to create, mint, and sell in-game assets such as wearables, avatars, objects, and other user generated content. While still only a fraction of the trading volume of metaverse land, these items represent a growing category of metaverse assets. The following charts compare the sales volume of land versus this growing category of in-game assets in both Decentraland and The Sandbox over the prior two years.

Perhaps unsurprisingly, correlations have been observed between the sales volume of in-game assets and when in-world events are occurring. For example, there were spikes in sales volume of The Sandbox assets during Alpha Season 2 in March and Alpha Season 3 in October. These are periods where a limited number of users are allowed to play The Sandbox game for the purposes of load and stress testing, bug identification, etc.

Parcel Prediction: Expect in-game assets and user-generated content sales to grow rapidly as gameplay is released in current and upcoming worlds, and more users get creative about one of the biggest competitive advantages of blockchain gaming: ownership.

Despite the macro-economic downturn, the virtual real estate market in the metaverse experienced significant growth, maturity, and evolution in 2022. The increasing adoption of VR technologies and the development of virtual worlds and games fueled demand for virtual land; this led to a number of notable sales and acquisitions from web3 natives and traditional brands alike.

Looking ahead, the outlook for the virtual land market remains bright, with increasing attention and investment being made in the metaverse. As web3 gaming and digital fashion continue to expand and mature in 2023, virtual land will undoubtedly play a crucial role in shaping the way we interact, play, work, learn, and conduct business in virtual spaces.

Visit www.parcel.so to explore our marketplace.

[1] Secondary sales refer to the reselling of an NFT after it has been initially minted or sold by the NFT creator as a primary sale.

[2] VREI currently includes five virtual worlds: Decentraland, The Sandbox, NFT Worlds, Somnium Space, and Otherside. The weighting of each virtual world in the index is based on the previous three months of sales (USD) of virtual land.

[3] Dutch Auction: an auction in which the auctioneer begins with a high asking price in the case of selling, and lowers it until some participant accepts the price. This helps to address FOMO and botting; additionally, the auction duration helps to reduce the likelihood of a gas war.

The Metaverse: The Next Frontier of Online Interaction and Experience

Who's Investing in Virtual Real Estate: Inside the Metaverse Property Market

Web3 Gaming's Next Big Thing: The Games That Will Shape the Industry's Future

Web3 Gaming's Next Frontier: Explore the Fantasy World of Treeverse, the Mobile MMORPG

7 Ways AR will Change Your Life

7 Metaverse Stocks to Watch in 2023: Which Companies Will Lead the Way in Virtual Reality and Gaming

Join the Creative Gold Rush: Monetize Your Work in the Metaverse

2023 Metaverse Predictions from the Parcel Team

From Entry Barriers to Opportunities: How Gaming Guilds are Changing the Play-to-Earn Landscape