NFT Worlds is a collection of 10,000 unique worlds that make up a decentralized, play-to-earn ecosystem within the much broader Minecraft ecosystem. 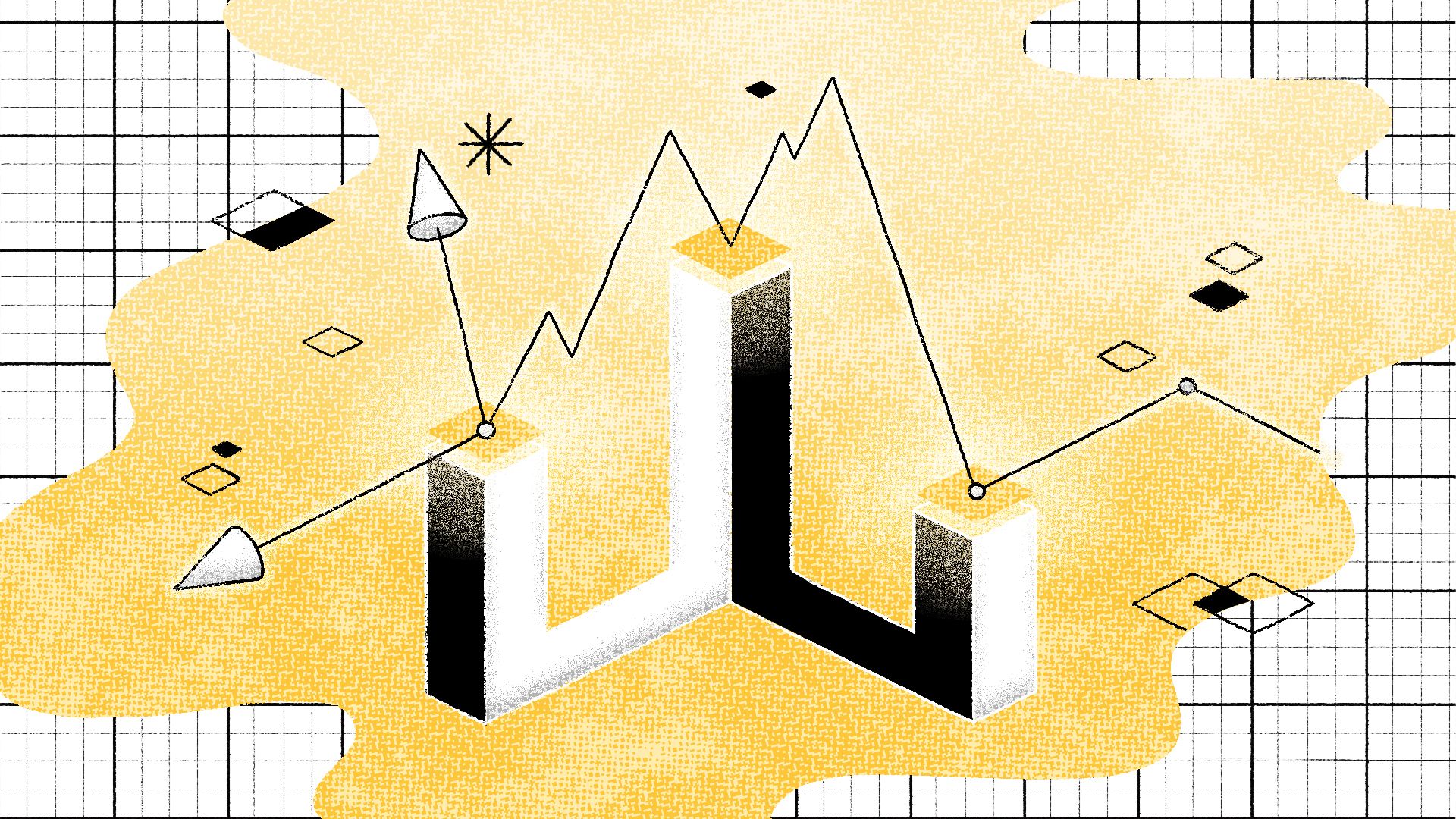 Gaming is currently the most popular and accessible use-case for metaverse worlds, with many first time metaverse world users entering the market to play games and create gaming experiences.

The gaming creator market experienced explosive growth throughout 2021 and appears to be continuing strong into 2022. One of the dominant players in this market is The Sandbox, who in the last year experienced over 1000% appreciation in its native token price, and over 700% in land prices.

New to the sector is NFT Worlds. Founded in Oct 2021, its gained attention with a parabolic rise in transaction volume.

Each of these projects are similar in that they are creator games with voxel graphics. voxel refers to a system of computer graphics consisting of a value on a regular grid in three-dimensional space, think Minecraft or Roblox.

But unlike Minecraft, The Sandbox & NFT Worlds both employ blockchain infrastructure to incentivize play-to-earn mechanics. This means that players are able to maintain ownership of in-game digital assets in the form of non-fungible tokens (NFTs) and are rewarded for playing the game by earning cryptocurrency ($SAND or $WRLD).

In this article we introduce NFT Worlds and compare it to The Sandbox in terms of world size, token utility, and price performance. We’ll also discuss the advantages of NFT Worlds’ approach and potential risks that lie ahead.

Like Minecraft, NFT Worlds is a collection of 10,000 unique worlds that make up a decentralized, play-to-earn ecosystem within the much broader Minecraft ecosystem. This means that any Minecraft player can generate an unlimited number of free worlds; with over 18 quintillion Minecraft worlds already in existence.

What makes NFT Worlds unique, is that it has an integrated blockchain layer allowing players to create play-to-earn games and experiences within the world. This is possible because of the rich open source mod community that Minecraft has built over the years.

There are several advantages to this “bootstrap” approach. First, it allows millions of current Minecraft players to discover NFT Worlds and begin playing right away. It also saves a tremendous amount of time by removing the technical infrastructure required to build a new game engine. After just five months, NFT Worlds already offers four playable worlds, with 90 new worlds under development. In contrast, it has taken The Sandbox four years to release the alpha version of The Sandbox in Nov 2021.

On the other hand, NFT Worlds is not just a single virtual world like The Sandbox. Instead, it's a collection of 10,000 unique worlds. Each of these worlds is linked to an NFT and represents an area of 500 km2, relative to the size of avatars.

This top-down vs. bottom-up approach has a significant impact on NFT prices when comparing The Sandbox land to NFT Worlds’ land. Although NFT Worlds represents much more land than The Sandbox, there are much fewer NFTs available to purchase; 10,000 vs. 90,601. This has resulted in the price of each NFT World to soar from what was a free mint in October 2021 to over 10 ETH (~$30,000 USD).

A unique feature of NFT Worlds is that world owners may stake their world to earn NFT Worlds’ native token, $WRLD. A similar feature is planned for The Sandbox landowners, however it is not currently offered. In the future, both The Sandbox and NFT Worlds plan to implement rental functionality. This will allow landowners to generate additional $SAND or $WRLD, paid by the renter. Renters can also earn from games they create on the rented land.

Both NFT Worlds and The Sandbox have native tokens, $WRLD and $SAND, respectively. These tokens are used similarly as the primary medium of exchange on their respective platforms. Players can earn the native tokens for playing games as well as creating and selling in-game assets such as wearables. Owners may also charge a fee in their native token for players to access content on their land/world. The tokenomics of both $WRLD and $SAND are compared below. Note that $SAND has about 36% of its max token supply released, whereas $WRLD has released about 5% of its max token supply.

The initial native token distribution for each of these projects demonstrates differences in funding and incentive strategies. The Sandbox took a more traditional equity fundraising approach, where most of the token distribution went to the founding team and early investors. NFT Worlds on the other hand, reserved most of its tokens to incentivize players and world owners, leaving a relatively small amount in the team reserve. Both projects have only released a fraction of their max token supply and plan to release tokens over a 5-year vesting schedule.

There are several risks to NFT Worlds’ bootstrap strategy. The first is that the high price of each NFT World will turn off potential game builders. Why pay 10 ETH (~ $30,000 USD) for an NFT World, if it is free for current Minecraft players to create their own Minecraft worlds that are not part of the NFT Worlds ecosystem? Sure, a builder could rent an NFT World instead of buy, but rental price is set by the NFT World owners so this price will need to be reasonable. Currently, players can earn about 20 $WRLD tokens for every hour playing the game.  Game builders will need to decide if the juice is worth the squeeze. Further, there is the more general argument, that players may not want their games financialized. Perhaps this adds too much stress to what is supposed to be a relaxing activity.

Another potential risk is that Minecraft simply begins to lose players over time to other games such as The Sandbox or Roblox. However, Minecraft’s monthly active users (MAUs) and sales over the last 5 years indicate that the game is only gaining in popularity.

A more likely risk is that a competitor comes along, or Minecraft itself decides to implement P2E incentives that compete with NFT Worlds within the Minecraft ecosystem. Having more P2E opportunities would be positive for gamers, but it may hurt the expected return for NFT World owners and $WRLD token holders.

A final risk that is more common in early crypto projects is whale accumulation and a potential token supply dump. Current wallet holder data shows that $WRLD token is being distributed to more wallets over time, which indicates that token ownership is becoming more distributed. However, because only 5% of the max supply of tokens are in circulation, this distribution should continue to be monitored over time.

Overall, NFT Worlds and The Sandbox share a similar vision for creator gaming. Additionally the two games implement comparable land/world utility and their native tokens share similar tokenomics. However, NFT Worlds puts a heavier emphasis on player incentives with attractive P2E rewards and owner staking incentives. NFT Worlds has also been able to accelerate game development by integrating into a thriving creator game, Minecraft. Although this presents some strategic risks, early investors and gamers seem to be excited by the potential for NFT Worlds.

Parcel will continue to keep you updated as NFT Worlds and The Sandbox mature.

Special acknowledgement to @0xboxer & @rantum from Dune Analytics and MetaMetriks for providing pieces of blockchain data and analysis used in this article.

The Metaverse: The Next Frontier of Online Interaction and Experience

Who's Investing in Virtual Real Estate: Inside the Metaverse Property Market

Web3 Gaming's Next Big Thing: The Games That Will Shape the Industry's Future

Web3 Gaming's Next Frontier: Explore the Fantasy World of Treeverse, the Mobile MMORPG

7 Ways AR will Change Your Life

7 Metaverse Stocks to Watch in 2023: Which Companies Will Lead the Way in Virtual Reality and Gaming

Join the Creative Gold Rush: Monetize Your Work in the Metaverse

2023 Metaverse Predictions from the Parcel Team

From Entry Barriers to Opportunities: How Gaming Guilds are Changing the Play-to-Earn Landscape